“I felt like a pressure cooker – angry about life – and just waiting to explode.”

My mental health journey first started in secondary school. I was around 14-years-old and just remember feeling stressed about my school work. I really wanted to do well in school, but yet I felt everyone around me in the classroom was being disruptive to my learning process, and it led to me feeling frustrated and not knowing how to deal with it. My behaviour and how I would react to my classmates was something my teachers picked up on and I was referred to the school counsellor.

Although they did their best to support me, things didn’t get any better and it led to me self-harming. Things were getting out of hand. I was spiralling and my teachers felt that I needed intervention, so I was referred to CAMHS, and so started my journey with the mental health services. 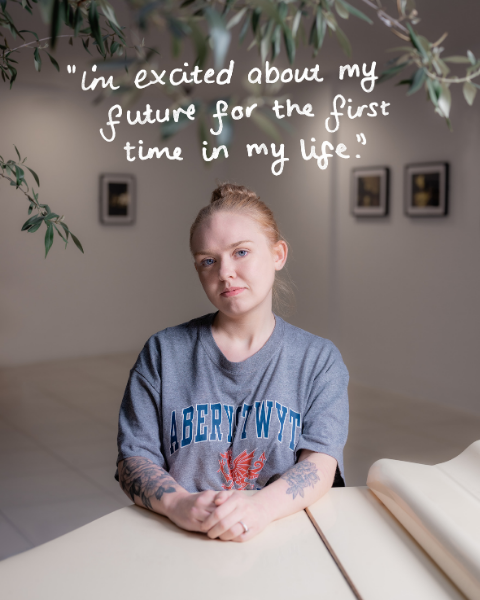 I started seeing a youth support team regularly, and for about a two-to-three month period, things started to settle, but after I started college, I slowly stopped seeing them. That’s when things took a turn for the worse and I ended up taking an overdose. I was immediately put in a CAMHS unit.

My family felt helpless, especially as my dad was working away from home, and my mum had my younger siblings to look after. Although I knew it was the best place to be, the place my family needed me to be, I felt so low and just wanted to get things under control. I was misdiagnosed with Borderline Personality Disorder and given anti-depressants which didn’t do anything. Eventually I had an episode which led to me being sectioned for eight months.

Over the course of three years I had 13 admissions, with the longest being for nine months. I can’t begin to explain how scary it was – to be away from your loved ones, sometimes hundreds of miles away because local beds aren’t available, sometimes on wards with adults. It’s intimidating. It’s overwhelming. I felt like a pressure cooker – angry about life – and just waiting to explode.

I wish Forward Thinking Birmingham had been around when I first needed help. I think that continuity of care would have really helped me through that tricky transition from teenager into adulthood. I still experience those same feelings, but to have a structure in place, where if I feel I need help, someone from the team will come round to talk about things, has been so helpful.

My last hospital admission was in 2017 and there’s two things that I feel have made a real difference. The first is finally receiving the correct diagnosis for my mental health condition last year – Post Traumatic Stress Disorder. It means I can be treated effectively. The second is meeting my fiancé. We have just had our first child and I’m excited about my future for the first time in my life.