Eating Disorders Awareness Week: Birmingham Young Person Speaks About Her Experience With Anorexia In A Bid To Help Others

Sophia Badhan, a 19-year-old woman from Birmingham is speaking out this Eating Disorders Week (1-7 March) about her experience with anorexia and how it was the intervention of youth mental health services which helped her gain control of her condition.

It’s led her to back the fundraising campaign – Fight For All The Feels – by Birmingham Children’s Hospital Charity, which is aiming to raise awareness of the youth mental health challenge in Birmingham and with it, help tackle the stigma which still surrounds it. The campaign is in aid of Forward Thinking Birmingham, the city’s innovative youth mental health partnership for 0 to 25-year-olds, which is a part of Birmingham Women’s and Children’s NHS Foundation Trust, and where Sophia was once a service user.

Sophia’s mental health journey began at the age of 11, when a school detention and a mountain of pressure to do well, triggered her self-harming.  The initial reaction of the adults around her was that what she was doing was “silly” and “attention-seeking” but really, self-harming was a result of the frustration she felt for not being ‘good enough’.

Her mental health struggles continued into secondary school, where Sophia developed obsessive compulsive disorder (OCD), severe depression and anxiety. Her life was spinning out of control, but her diet and how much she ate was the one thing she could take charge of, so she began to restrict her food intake and use excessive exercise to punish herself further.

Sophia tried to hide how bad things were. She says: “I could tell my friends had noticed my disordered behaviour, but they never said anything to me and I lied my way out of a basic intervention from my school, downplaying my symptoms.” 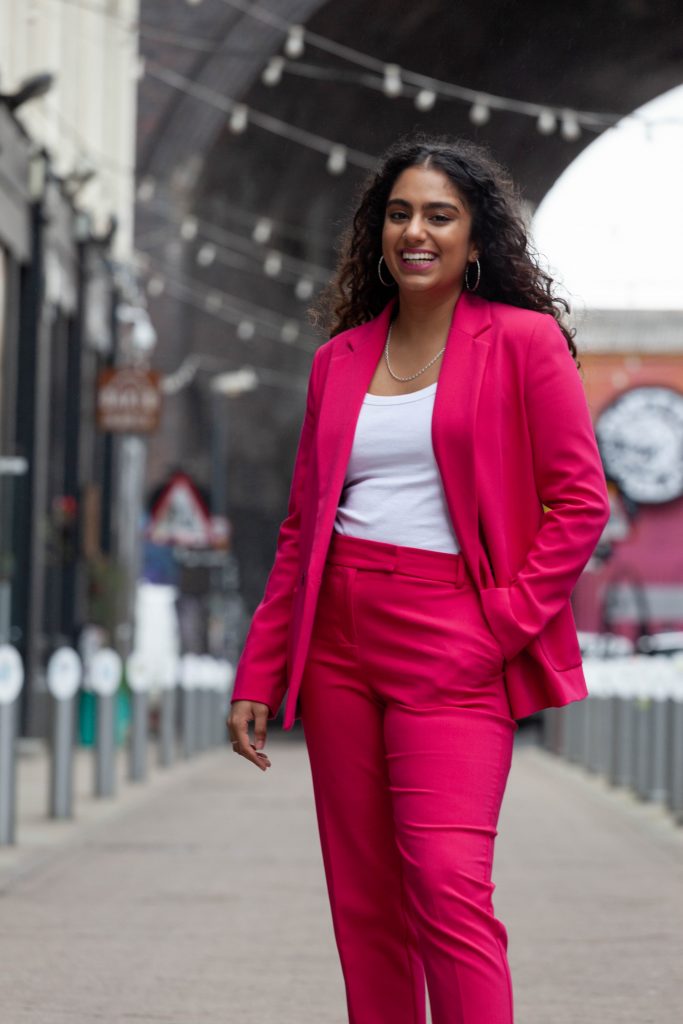 By the time Sophia was 15, her struggle with her mental health came to a head and she was admitted to hospital. After two weeks, she was transferred to Parkview Mental Health clinic in Birmingham, where she stayed for seven months.

“While I was there I couldn’t hide my eating patterns and it became clear that I had an eating disorder. I was officially diagnosed with anorexia and moved to a specialist ward for treatment but I resisted the help that staff were trying to give me. I felt life wasn’t worth living and was angry that they were forcing me to carry on when I didn’t want to. But ultimately, that was the turning point for me.

“The persistence of my doctors and nurses in trying to help me, made me think perhaps there was more to life, which I just couldn’t see right then. Maybe I needed to trust them so that I could experience a version of life where food didn’t control my every decision. It took a long time to separate myself from my eating disorder and it was a hard thing to do but once I started to accept treatment, and with the help of lots of different therapies, I got there.”

Sophia has gone on to become a mental health advocate and has received The Diana Award and The British Citizen Award for her advocacy work and in September last year, achieved one of her dreams of studying in the Netherlands.

The support Sophia received from mental health services is what is driving her to back the fundraising campaign by Birmingham Children’s Hospital Charity, Fight For All The Feels, which is initially raising money to fund a number of young people across the city – all with lived experience of mental health conditions – to be peer support workers, who will be available at every stage of a young person’s mental health journey – whether that is an initial conversation about the struggles they are facing, as part of the care provided through Forward Thinking Birmingham, or as part of their discharge package.

She says: “I’ve learnt that I deserve to live without the restrictions of my eating disorder. It’s not an easy journey and sometimes it seems impossible, especially when COVID-19 has taken away the world we knew, but it is possible, and keeping going is so worth it, just to be free.

“I want other children and young people in Birmingham to have the same access to mental health care as I did, which is why I’m fully behind the Fight For All The Feels campaign. The vital funds raised will go towards improving their lives and preventing mental health issues from being a barrier to achieving their dreams.”

You can join the fight for youth mental health here on our website and learn more about the campaign, register your fundraising, or make a donation.