Louna Speaks About Impact Of Bullying On Her Mental Health

23-year-old Louna Walker, from Birmingham, is backing our new mental health fundraising campaign in aid of Forward Thinking Birmingham, the city’s innovative youth mental health partnership for 0 to 25-year-olds and part of our Trust. Here she talks about how her experience of being bullied at school, led to a massive decline in her mental health.

Louna’s mental health journey began at an extremely young age. When she was six-years-old she was diagnosed with trichotillomania, a stress disorder which makes you pull out your own hair out. Her mother didn’t know what was causing it, but Louna had a secret – she was being bullied at school. She would be teased, harassed and intimidated by her fellow pupils. 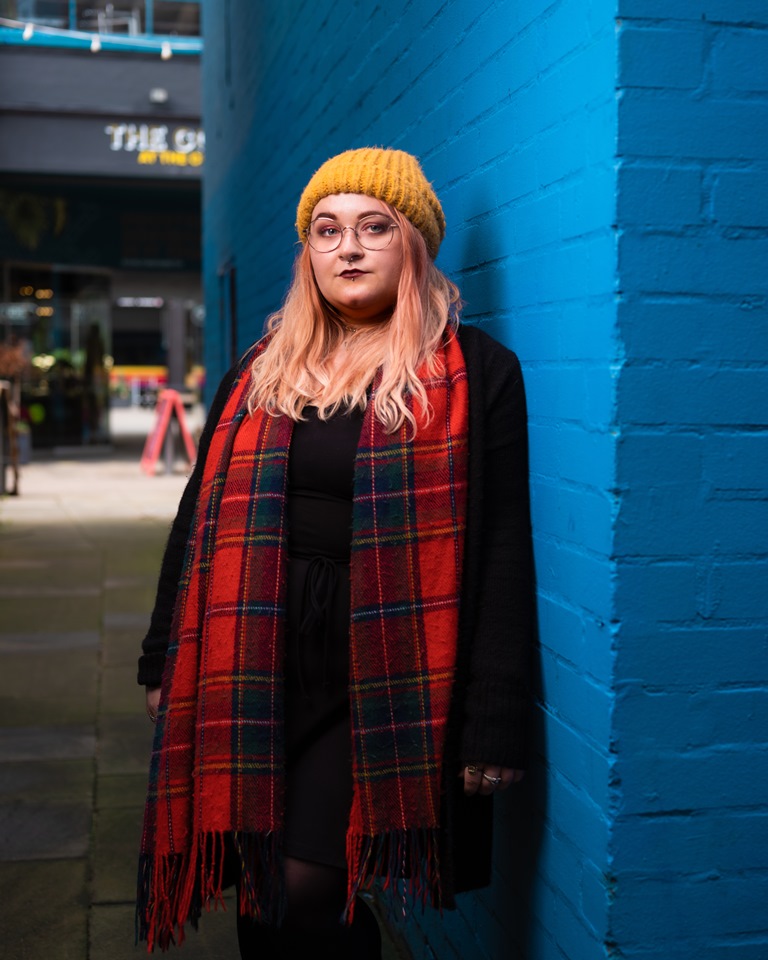 Things got much worse in secondary school. She was followed to and from school, with food and drink thrown at her. Her classmates would push and shove her, and kick her in the shins when walking down the school corridor. Louna and her friends were even chased across a field, where she was put in a headlock by a boy and ended up getting whiplash.

The bullying had a massive impact on Louna’s mental health. She began self-harming, was suffering from extreme anxiety and it caused her eating disorders. Louna said: “I don’t know why I was bullied – maybe for being a bit different. The truth is there’s no ‘reason’ for being bullied. Nothing justifies it. I completely lost my identity. My bullies made be feel worthless, like I was nothing. Although it was a few years ago, I am still haunted by it. I frequently have nightmares about my experience at school.”

It all came to a head when Louna had a breakdown in the middle of class. She begged for help and was eventually referred for assessment, where she was diagnosed with diagnosed with High-Functioning Autism, Extreme Anxiety, Reactive Depression and Tic Disorder.

With the help of her psychologists, she explored her past struggles and started ‘mental health sessions’ where they spoke about her feelings and tried to understand her triggers, discuss preventative methods and also self-help and self-care. They also suggested she be home-schooled, ending her bullying nightmare.

The support Louna received from mental health services is what is driving her to back our new fundraising campaign, Fight For All The Feels, which is aiming to raise awareness of the youth mental health challenge we are facing in Birmingham and with it, help tackle the stigma which still surrounds it.

Louna said: “I have no doubt that it was due to the guidance and validity from my psychologists and mental health nurse that I was able to turn a corner. I learned I could only be my best self, once I helped myself. That epiphany eventually led to my discharge.

“I want other children and young people in Birmingham to have the same access to mental health care as I did, which is why I’m fully behind the Fight For All The Feels campaign. The vital funds raised will go towards improving their lives and preventing mental health issues from being a barrier to achieving their dreams.”

The public can join the fight for youth mental health by visiting  fightforallthefeels.org, where they can learn more about the campaign, register their fundraising, or make a donation.  Follow @Bham_YouthMH on Instagram and Twitter for updates.