“I have built a life worth living.”

“In the cold clockworks of the stars and the nations, we are burdened with idle purpose. We are ailed with internal suffering. I am not fooled by the façade of hope, nor the mirage of a future.”

These were the hopeless words of a suicidal person with Emotionally Unstable Personality Disorder, Psychosis, attachment issues, Autism and Depression, sectioned in eight different secure psychiatric units over the duration of four years as a teenager.

When I first became mentally ill, I was 11, following adverse childhood experiences. My family didn’t understand my self-harm behaviours and suicidal ideation. Being from a religious Muslim background, in order to look after me, my family decided to perform an exorcism on me which was detrimental, but was meant with pure intent. It was very frightening and severed my relationship with everyone as I felt nobody could understand me. I know I am not alone in having gone through this experience. I know they were doing the best they could in a situation they knew nothing about. 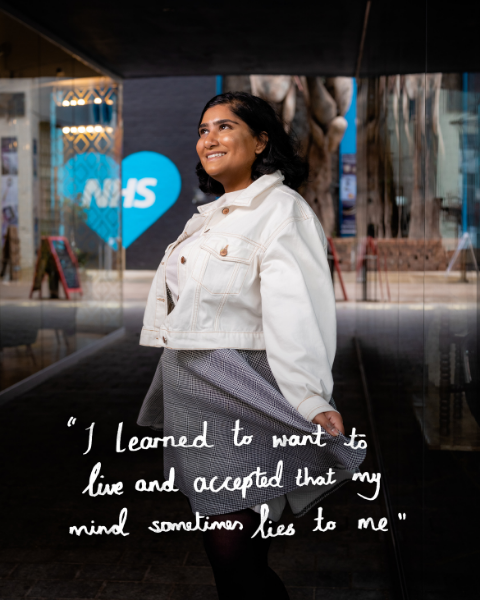 When I was poorly, I would become aggressive to myself and others, meaning mental health staff would have to restrain me for hours at a time with about four people pinning me down to the floor. I ran into walls thinking they were portals to somewhere else and would even talk to ants at my most psychotic. I was paranoid, thinking everyone was out to get me. It was such a lonely time – I thought it was me against the whole world.

My suicidality would mean I would make severe attempts on my life, needing to go to A&E and, at times, ending up in intensive care units, my body clutching for life but my mind hell-bent on the opposite. I would go to extreme lengths to hurt myself, ending up on ‘3:1’ – basically with three people watching me and staying with me at all times. For six months I wasn’t even allowed to go to the bathroom without supervision. The worst was when I had to earn the privilege to be allowed to write with a pen.

My freedoms and liberties were stripped away from me and I had no sense of self. I didn’t know who I was if I wasn’t sectioned. After a serious and well-planned suicide attempt, I decided to choose recovery. The system wouldn’t let me kill myself, no matter how hard I tried. So I started therapy and meds, trusting the team around me, who ended up knowing me better than I knew myself. Together, we built the foundations to what-was-once a fragile mind. From then on, I worked to get into supported living. I took charge of my care.

Now I am a self-published author, speaker for mental health, an activist and a Diana Award recipient. I have built a life worth living and am working towards A-Levels to become a neuroscientist and physician associate in psychiatric inpatient units, helping other young people who feel broken and damaged by their illness. I hope to carry out mental health research. I learned to want to live and accepted that my mind sometimes lies to me. Now I can say that despite being a suicide and trauma survivor, I am at peace with myself.